Derick‘s first startup was a computer memory chip import & distribution company he started with his brother at age 19 in 1984. He went on to work, first as a software developer on Unisys mainframes, then mini, UNIX and PC platforms.

His early entry into Smart Card programming led him into EMV and payment systems in the late 1990‘s.

He co-founded the M.POS Group in 1998 as one of the first companies to design and manufacture a cellular Point of Sale terminal. The company also developed a high-throughput transactional switch, and was the first foreign POS provider to pass the China UnionPay type approval process. Derick exited M.POS in 2002.

Derick started a number of small to medium sized companies, predominantly in the telecoms space, in the following years. During this time, he became familiar with not only the technology, but the business models of the telecommunications sector. The value chain, starting at spectrum allocation, investment in infrastructure, and the subsequent division of the services into distinct business units, presented an opportunity for him to analyse and determine commercial opportunities in the market to participate in the gradual deregulation of the industry.

In 2012, he started becoming increasingly interested in the burgeoning world of Bitcoin and Distributed Ledger Technology. He co-founded Blockchain Labs and Ethereum Lab, and then moved on to create the AmmbrTech group of companies, together with Rakesh Rajagopal, with a primary focus on blockchain.

AmmbrTech and the Ammbr Foundation is the culmination of extensive research and consultation in finding the optimum business use for blockchain technology inside and outside of financial services. 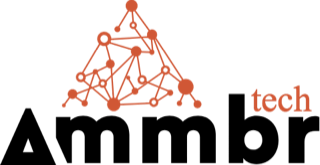