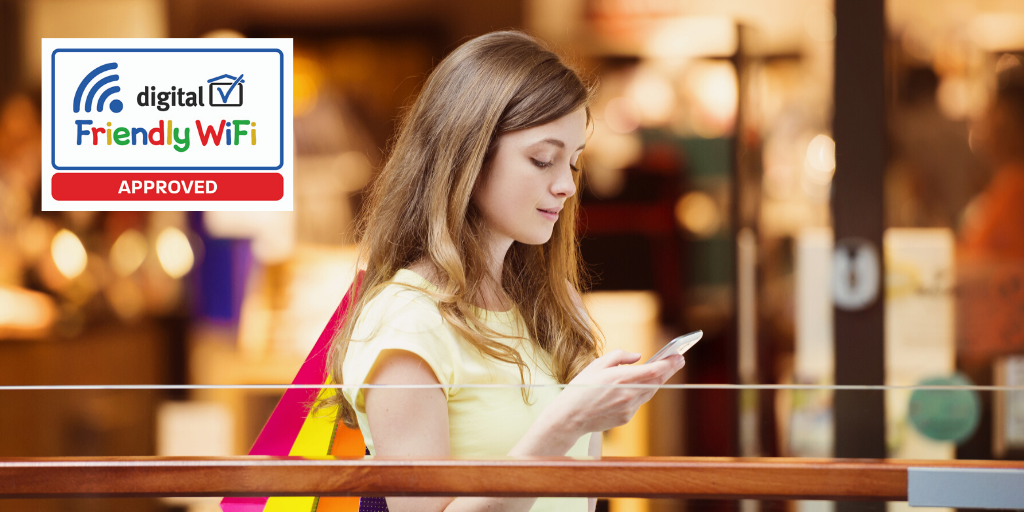 London’s Stansted Airport last week became one of only a few UK airports to protect children by offering ‘friendly Wi-Fi’ only. This means that from now on, images unsuitable for children and outright pornography will be filtered out on Stansted’s free public Wi-Fi, airport officials say.

London Stansted Airport is home to plenty of low-cost airlines and as a result, many of its travellers are families with children or young adults. With 48% being aged between 16-34 years old, and with many London-area families using the airport for holiday travel, the airport management believes there is need to protect children from potentially harmful Wi-Fi content.

Over 5 million people have used airport hotspot service during the past year, spending an average of 26 minutes online per session. Airport officials say several cases have been reported where family members said they had seen adults viewing pornography in close proximity to their children. Stansted Airport authorities have now had enough and are putting an end to that by partnering with RDI Holdings Ltd., a company that owns and operates the Friendly WiFi certification standard.

“The standard was introduced to protect kids and young adults from being exposed to indecent material whilst using public Wi-Fi. And also to prevent them from viewing this type of material if they were in the vicinity of an adult who was looking at indecent material. It is also aimed at providing a safe and comfortable browsing environment for all,” says Bev Smith, director at RDI.

Parents are assured that venues displaying the Friendly WiFi symbol apply accredited data filtering to their Wi-Fi services. The filters block delivery of inappropriate content including indecent images, advertisements, and even links to any such content. The Friendly WiFi scheme was launched in 2014 to certify that public Wi-Fi meets filtering standards. The scheme is beginning to be more widely applied, particularly in areas where the risk of children being exposed to such content is high.

RDI Holdings Ltd. says 250 public Wi-Fi service providers – from airports to telcos and many other types of public access venues – now meet the Friendly Wi-Fi certification standard. There is even an international transport company now certified to deliver Friendly WiFi services in a total of 22 countries, Bev Smith says.

“The minimum standard that they need to achieve is the blocking of child sex abuse images (using recognised and certified lists) and adult pornographic material.  Once this is achieved they are awarded the Friendly WiFi approved status, which is done on an annual basis,“ says Bev Smith.

The certification process involves gathering and verifying evidence to confirm that Wi-Fi services include filtering of indecent material. But even if Wi-Fi service providers don’t get certified immediately, they still receive support in achieving a level that meets the standard, Bev Smith explains.

Friendly WiFi is the world’s first safe Wi-Fi certification standard. The scheme was initiated by the UK government but is now gaining in popularity all over the world including in the United States, Australia, and across Europe. Recently the United Nations Children’s Fund aka UNICEF partnered with Albanian authorities to introduce the standard across the Albanian capital city of Tirana.