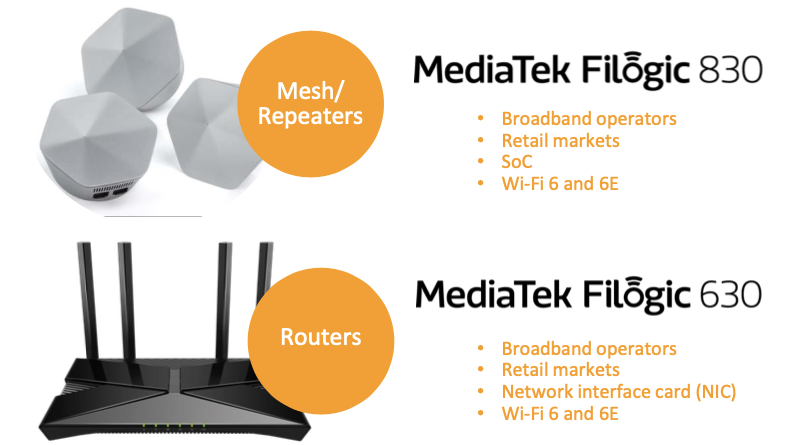 The new Filogic 630 is a network interface card (NIC) platform offering dual concurrent 2×2 MIMO in the 2.4 GHz band and 3×3 MIMO in either 5 or 6 GHz bands for a total of 3 Gbps of peak Wi-Fi data rate. The unit includes an integrated FEM (front-end module) for low cost and compact size, MediaTek says. The higher-end Filogic 830 unit is a System-On-Chip (SoC) platform featuring 4×4 MIMO in both 2.4 GHz and one of either 5 or 6 GHz bands altogether delivering a peak data rate of 6 Gbps. The Filogic 830 platform is aimed at the expanding market for Wi-Fi 6 and 6E-capable home gateways, routers, and mesh systems. 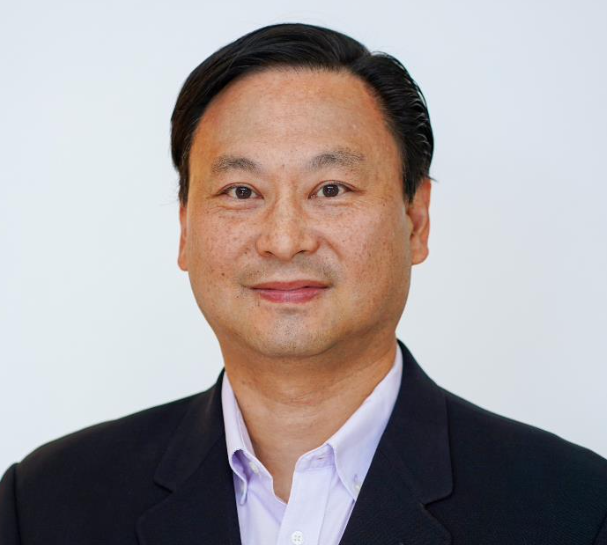 During yesterday’s analyst tech forum event, MediaTek’s AVP of Product Marketing James Chen highlighted the company’s commitment to the Wi-Fi EasyMesh™ standard for whole-home Wi-Fi coverage and offered a preview of what’s to come with the Wi-Fi 7 standard. In particular the ‘multi-link operation’ or MLO feature of Wi-Fi 7 is expected to offer several times faster speeds as well as a latency of less than one millisecond, James Chen said.

MediaTek is a key chipset supplier to – among others – Amazon, Samsung, TP-Link, NETGEAR, Linksys, and many others. Also: Don’t miss MediaTek’s James Chen speaking at the Virtual Special Edition Wi-Fi World Congress on November 11 – click here for more.