When we say that 6 GHz Wi-Fi constitutes a ‘paradigm shift’ in connectivity – what exactly does that mean? Here’s the bottom line: Wi-Fi 6E (we like to call it 6E for short) will drive an irreversible change in how the world of connectivity works. It means the way we’ve been used to doing things will fundamentally change. Here are six areas that will be revolutionised by Wi-Fi 6E in short order. If you’re not already we recommend that you get involved in Wi-Fi 6E now.

Gigabits to the phone: 6E will make 5G look slow!

According to Broadcom Wi-Fi 6E will deliver 2.4 Gbps to your phone (160 MHz channel) which is at least five times more than what you have today. This kind of speed is unheard of today and is probably overkill right now but it will no doubt open up for new types of applications. It will also in most cases make 5G look slow (except perhaps for the not very practical mmWave kind of 5G) rendering 5G unnecessary indoors. Fortunately, we believe that 5G mobile carriers – where possible – will begin to embrace mobile offload to Wi-Fi 6E, so that 6E will become the de-facto indoor mobile solution.

The 6E-powered home will be something hard to imagine

What will the 6E-powered home look like? Well – we can certainly come up with some speeds and feeds for it. That’s the easy part. But living in the 6E-powered home is arguably hard to imagine at this point because the step up in connectivity is so vast that surely the entire home connectivity category will no doubt be reimagined and reinvented. Each room will likely be served by its own 160 MHz channel delivering clean, unobstructed gigabits of connectivity, and we’ll probably have (perhaps a Wi-Fi 7?) backbone covering the house or apartment.

Here are three facts that will make 6E irresistible for industrial applications: The band is pristine, legacy Wi-Fi devices are (in principle) not allowed in 6 GHz, and the latency is as low as 2 milliseconds. This means 6E will experience very little interference, deliver all the performance industrial applications need – at a cost of a fraction of anything adopted from cellular. Remember also the extreme flexibility of Wi-Fi tech and its ability to present a ‘Swiss Army Knife’ of adaptable tools to anyone developing industrial connectivity solutions.

“Eighty is the new twenty” for the enterprise

The indoor carpeted enterprise will see an enormous boost in capacity and speed. As a starting point, 80 MHz channels in the 6 GHz band will be the 6 GHz equivalent of the common 20 MHz channels we know today, and one such channel will more than quadruple average Wi-Fi speed. There are fourteen 80 MHz channels in 6 GHz, which will allow frequency reuse patterns that are so wide that co-channel interference will be a thing of the past. We can probably barely imagine how the fan experience at public-facing venues such as stadiums, arenas, and perhaps conference venues will be transformed by 6E.

FWA is already doing very well in 5 GHz and even the 60 GHz unlicensed bands – but now the available band for outdoor FWA will be more than doubled: 850 MHz of new spectrum will be made available. This means that the business case for delivering very high-speed, low-cost wireless broadband to a home (or business) for example in rural or suburban USA just got better by several multiples. FWA offerings from WISPs will get more competitive as speeds go up and costs come down. We haven’t done the math but it’s a fair guess the economic value delivered by WISPs could at least double or triple over the next 2-3 years. 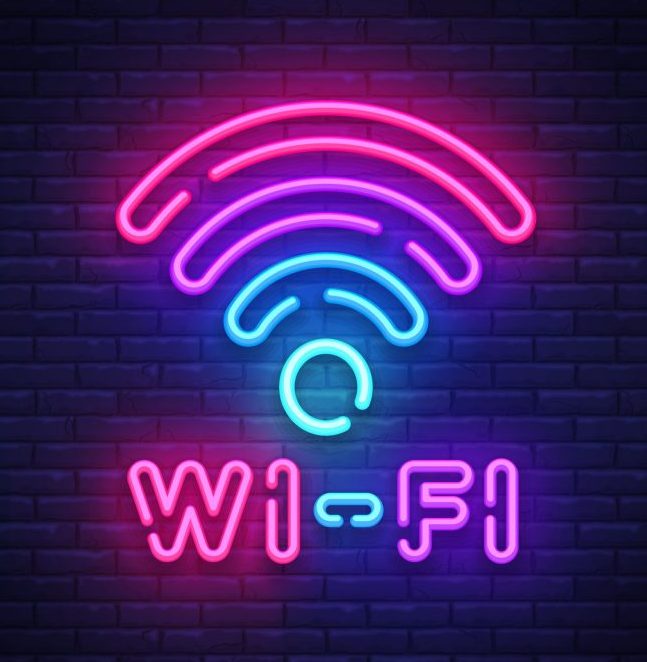