Prior to Wi-Fi Alliance, Edgar was at Ridgeway Systems (now Cisco) on the team that delivered the world’s first session border controller with essential technology for live Internet voice and video communications that became an international standard. Edgar also held product management and engineering roles at 3M Company. He is a veteran of the United States Navy, and a graduate of the University of Texas at Austin. Edgar holds a Master’s degree in Technology Commercialisation, and undergraduate degrees in Mechanical Engineering and Mathematics.

Edgar was inducted into the Wi-Fi NOW Hall of Fame in May 2018. 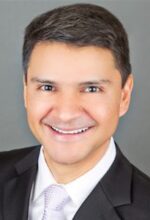