Jason Moore is the co-founder and CEO of RouteThis. As an electrical engineer with extensive experience in the SaaS industry, Jason has worked in highly technical fields including high-bandwidth silicon for ISP data centers and consumer technology such as Thunderbolt. Prior to founding RouteThis, Jason was CEO of Videostream, a leading consumer video platform that quickly grew into one of the top apps on Google Chromecast. 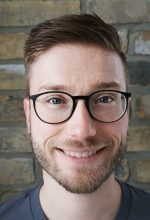