Taj is an established serial entrepreneur and inventor with a background in wireless technology and business. Experienced in the task of taking ideas to revenues, he founded several technology companies (e.g. Pravala, Sirific, and Tagcomm). The most public being Sirific Wireless, which merged with Icera and then sold to Nvidia for just under half a billion dollars. In 2014, he co-founded Cognitive Systems Corp and is currently the CEO.

Previously, Taj served as a tenured Professor at the University of Waterloo and ran an RFIC consulting firm. Taj has over 100 granted patents and various awards in technology and business for his involvement in Software Defined Radios. Taj holds a degree in (Quantum) Physics and has a Ph.D. in Electrical Engineering from the University of Waterloo. 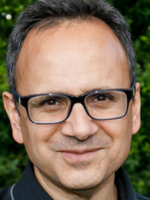