Lokesh has vast experience in Security and Networks, having worked at several past startups like Tallika, Calient Networks and several big companies like SMSC, Microchip and Agilent.

He has a master’s degree in CS and Business and an undergrad from IITB. He holds several important patents. He has laid the foundation of software architecture and brought up the implementation team in three different startups. There are several public Apps released under his leadership and he has successfully done fund raising on several occasions including a Crowdfunding project.

Lokesh is passionate about tennis and hiking and has a nerdy need to write code every day. He has the masters degree in business and CS and has an undergrad degree from IITB. His childhood obsession with “tinkering” has finally found expression in his expertise in the entire technology stack of Internet of Things. 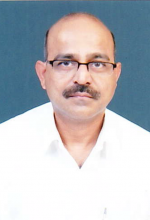