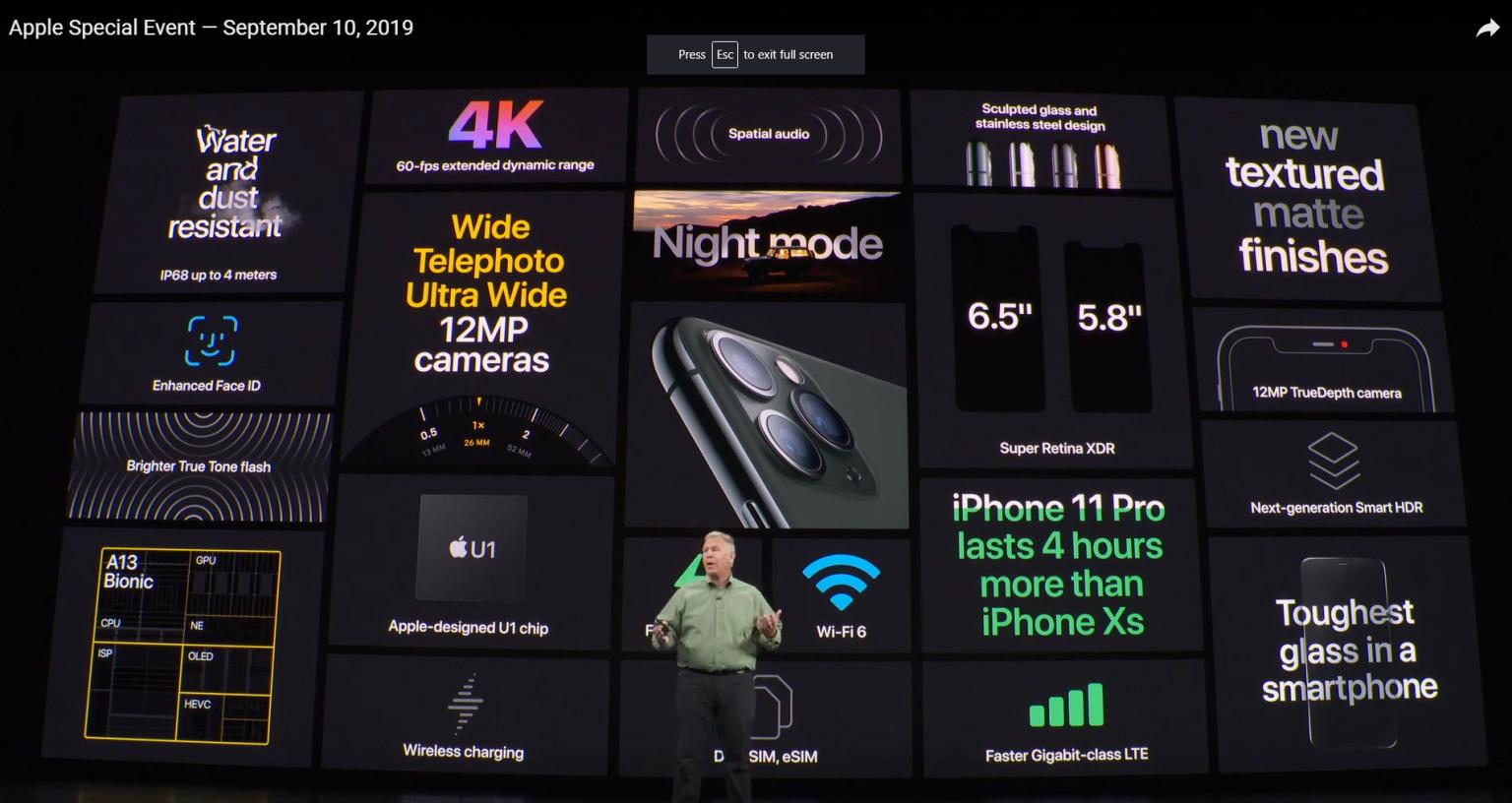 Except for a single very brief mention and a Wi-Fi 6 logo represented on a couple of quick iPhone feature summary slides (see above), Apple hardly dwelled on the connectivity upgrade. Instead a great deal of time was spent on more improvements to video and photo shoot functionality – including the iPhone 11 Pro’s new triple-lens camera.

No 5G functionality is included in the new lineup of Apple phones, which means 5G proponents likely will need to wait another full year before Apple possibly jumps on the 5G bandwagon. There were no foldable phones either. Apple’s Wi-Fi 6 chipset technology is provided by Broadcom.