It obvious when you think about it but perhaps the telco analysts from Analysys Mason are the first to articulate this point in precise terms: There is no point in investing to deliver higher broadband speeds to homes and residences if home Wi-Fi doesn’t also get correspondingly better.

As a result, more and more ISPs all over the world are adopting new strategies and methods to deliver better Wi-Fi connectivity to all corners of the home, Analysys Mason says.

Stephen Wilson says there are roughly speaking three approaches to delivering better home Wi-Fi. The first involves reselling third-party Wi-Fi hardware – such as for example mesh Wi-Fi from Google or similar. This strategy is used by for example PLDT of the Philippines as part of a premium FTTH/VDSL-based offering. The middle-ground approach is to sell own-branded mesh or extender Wi-Fi hardware together with Wi-Fi-related apps and remote management.

“The third and – depending on the circumstances – perhaps most effective approach is wholistic, which means bundling additional Wi-Fi hardware into service prices and focusing on the smart home. This strategy can include service level guarantees, such as what we’ve seen in the UK with BT and Sky,” Stephen Wilson says.

Analysys Mason also points out that in particular US cable giant Comcast has been exceedingly effective in using better Wi-Fi – in this case the XFi platform and services – to retain and attract new subscribers. “Comcast sees XFi as a long-term differentiator and has attributed a gain of more than a million subscribers in 2018 to the XFi advantage,” says Stephen Wilson. 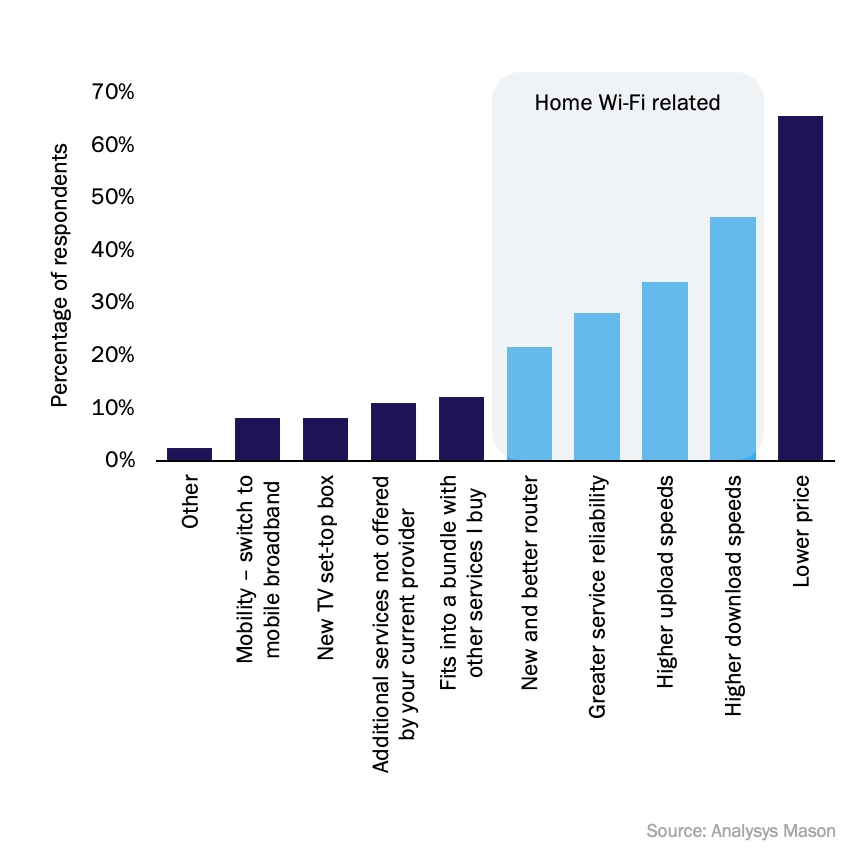