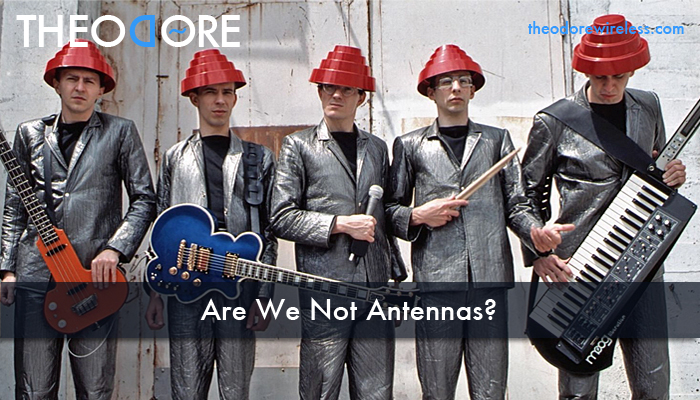 Okay, so MAYBE that’s not happening, but if you’re a WISP, then suing isn’t so much in your vernacular as “colocation interference”, “signal to noise” and “side lobes.” But I’m here to tell you that there’s a solution to those nasty terms, and it will propel your growth and make your customers happy.

The issue is pollution in the RF spectrum, and here I’m talking about 5GHz—the most prolific offender. I could pull an “Inconvenient Truth” on you and show you some scary charts and graphs about what’s going to happen if we don’t get wise about our RF ecosystem, but you already know this.

It’s in the rising noise floor where your antennas are colocated. It’s impacting your growth and delivering less bandwidth to users. And of course it’s not just your antennas noising up the spectrum. It’s everyone else’s too.

The good news is that there’s a simple and elegant fix in a “symmetrical horn” antenna that’s like nothing you’ve ever seen. It comes from RF elements (small “e”), a company at the geographic midpoint of Europe; Slovakia to be exact. Oh what, not Silicon Valley? Well for my California friends, remember when people thought that great wine only came from France?

I’ve never seen a sector antenna that wasn’t a cheap looking plastic rectangle, but these horn antennas—also sectors—are crafted of aluminum and stainless, making them as durable as they are distinctive. You might even say the antennas are overbuilt, except that you’re hardly paying for it. There are seven models, ranging from 30-90° in 10° steps, and they retail for a mere $99 to $120. Shipping could cost you more than the product.

You’ll also notice that these horn antennas are 1/4 the size of a traditional panel, so you’re reducing wind load and saving costly tower space. It’s skipping ahead to tell you this, but you can actually split wide traditional sectors into a few smaller horns and service several times the customer base from each tower.

RF elements horn antennas snap onto most major radio brands (e.g., Ubiquiti, MikroTikand Cambium) with a patented TwistPort­™ connector that eliminates coax connections. The mechanical interface couldn’t be more elegant, not to mention that signal loss in the connection is so low as to be undetectable. And literally, you can install these horns with a single hand.

Now for the best part–performance.

First I’ll draw a comparison with traditional sector antennas. Hardly anyone would argue that they’re sloppy as hell. They cast wider beams and generate more gain than necessary, sending and receiving signals miles beyond their intended targets, generating huge side lobes. These antennas were fine for a young industry, but if we’re talking of going from hundreds of thousands of APs to millions in the U.S. alone, then we all need to start playing nice with our 5GHz radios. That’s where RF elements horn antennas can make a world of difference.

Horn antennas are all about sustainable growth. All of the signal is focused at the intended target—and I mean all of it, because the best part of these antennas is that they produce no side lobes. You’ll never hear higher praise than from WISPs who were suffering colocation interference that was impacting subscriber bandwidth and limiting growth.

Check out this comparison of side lobe patterns. Note how the traditional sector bleeds signal everywhere. That’s your business bleeding, too:

What’s also interesting, is that RF elements is making us all more aware of the importance of the antenna, where all too often the emphasis is almost entirely on the radio. Antennas can no longer be an afterthought. Signal quality isn’t all about the radio. In fact, as soon as you bring a horn antenna into the mix you see a dramatic improvement in signal to noise, translating to wider channel space and more bandwidth. Of course no one can give you a number, sight unseen, but I’ve talked to WISPs whose signal quality gained by more than 10dB as the noise floor dropped proportionately.

Here’s another interesting thing. By “symmetrical”, it means that these horn antennas project a beam that’s precisely the same height and width, helping considerably when you’re reaching uphill destinations.

RF elements freaks out some WISPs by advising that less power is better. Counter-intuitive? No, brilliant.

Increasing power with traditional sectors only introduces more noise. With horns, you propagate signals only where you need them, using precisely targeted sectors just for your coverage area.

Note how sectors barely overlap in this graphic of horn coverage. This is the future for a sustainable RF ecosystem:

WISPs: Horn antennas are a huge innovation and that’s no hype. They’re all about performance, and nothing less than the sustainability of your business and our industry as a whole.

The mobile industry wants to think that it’s a Wild West with license-exempt frequencies, and that we’re chasing pipe dreams. Let them think that, because while they’re hibernating for a 5G spec in 2020, we’re going to free millions of residences and small businesses from the bane of cable and DSL.

So do us all a favor—the industry, consumers and yourself. Check out RF elements’ web site and don’t even think about it. Buy a couple of horns and install them. When you’re done dancing a jig around your tower, let me know the details. 🙂

Wi-Fi 6E (6 GHz) regulation is nearly ready. So what happens next?