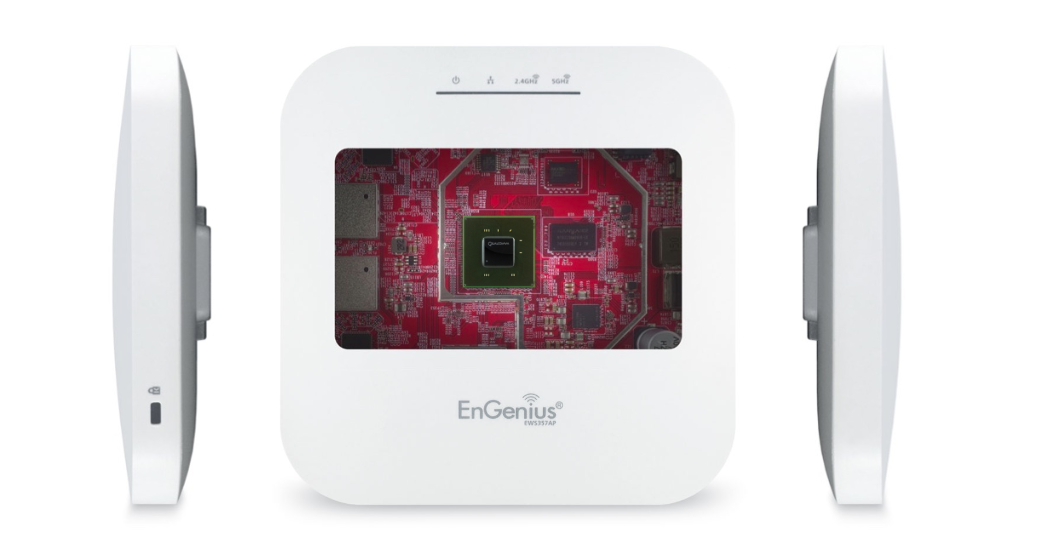 Wi-Fi 6 is not only about delivering Wi-Fi at stadiums and big corporate campuses. Soon millions of small businesses will want to run Wi-Fi 6, too – and that includes every doctor’s office, fitness club, small hotel, lawyer’s office, you name it. Enter EnGenius: The first vendor to launch amazingly priced enterprise-grade access points according to the new Wi-Fi 6 standard.

An economical boost to Wi-Fi quality

“Wi-Fi 6 is as much about quality as it is about higher speeds. We want to make sure that small businesses can upgrade to Wi-Fi 6 without necessarily having to upgrade the rest of their network. That’s what our new Wi-Fi 6 APs are about,” says Bryan Slayman, Product Line Manager at EnGenius.

EnGenius last week became the first to launch a 2 x 2 Wi-Fi 6 product and only the fourth vendor to offer Wi-Fi 6 APs in general. The new AP – called EWS357AP – will meet the peak performance specs of the majority of device clients, which are only up to 2 x 2 anyway, EnGenius says. The list price of the 2 x 2 unit will be only $189 USD, while its 4 x 4 bigger brother (EWS377AP) will list at $289 USD. Both new Wi-Fi 6 products will be shipping in Q1 2019, the company says.

And of course, EnGenius is right. Far from every venue will need the massive capacity boosts delivered by high-order MIMO but every one of them will benefit from the vastly improved service quality of Wi-Fi 6, including a completely new way of making use of the 2.4 GHz band.

Add to this that these new Wi-Fi 6 APs are – like many current high-end Wi-Fi 6 products – powered by Qualcomm chips and hence about as fully-featured as it gets on the market today. Add to this that EnGenius charges exactly zero dollars in software license fees – a cost component often (and for good reason) dreaded by small business owners.

EnGenius has been in the wireless and Wi-Fi businesses nearly as long as Wi-Fi has existed and the Orange County-based company will share its 20-year anniversary with the Wi-Fi brand itself next year. Bryan Slayman says the company has delivered millions of Wi-Fi devices during its history with many thousands of EnGenius Wi-Fi networks in operation across the US and the world today.