Renowned author and business visionary Don Tapscott says that blockchain technology is poised to change the world – and that the revolution has already begun. But will blockchain revolutionise connectivity, too? Ask blockchain startup hopeful NKN and the answer is a resounding yes. Here’s how.

How can blockchain be used to revolutionise the business of telecoms including Wi-Fi? That’s the question Bruce Z. Li and his three co-founders asked themselves before creating NKN. The name stands for ‘New Kind of Network‘ and its lofty goal is nothing less than rebuilding the Internet. NKN says that the company has already received venture funding to the tune of $50 million dollars.

The technical basis of NKN’s ambition is actually twofold: Blockchain and – as if that concept wasn’t hard enough for mere mortals to understand already – a networking theory called cellular automata. For more details on the approach have a look at this document but be warned: Pour yourself a strong cup of coffee first because NKN’s theoretical basis is not for the mathematically challenged.

A network of millions of nodes

Fortunately, NKN’s master plan can be hashed out in plain language, too. True to original blockchain principles NKN wants to decentralise networking and services. “Our ambition is to become the world’s largest peer-to-peer bandwidth exchange by using distributed apps aka DApps,” explains Bruce Z. Li. In return for bandwidth sharing users are rewarded with the NKN equivalent of Bitcoin.

“We believe we can begin rebuilding the Internet by making our technology available to developers. Think of NKN as enabling – for example – a decentralised, peer-to-peer version of WeChat, WhatsApp, or a social media service. With millions of active nodes, the Internet will be less fragmented, more free, and a lot more efficient,” says Bruce Z. Li. 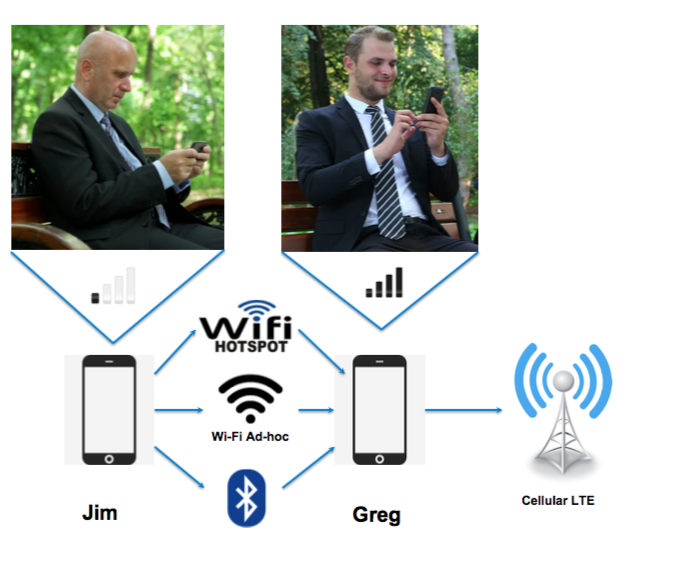 Use cases abound but NKN believes that connectivity sharing (with Wi-Fi) may become one of the most important. With blockchain infrastructure software installed on phones, a couple of users can share bandwidth. A user receives a coin reward for having shared part of his connection with a friend or contact, explains Bruce Z. Li. “And there’s proven security on every relay hop,” he says.

A number of aggregated Wi-Fi hopefuls – like BandwidthX, Devicescape, iPass, and others – have been toiling on making Wi-Fi services available on a mass-market scale for years but have yet to strike gold. Building a consistent, secure, and effective network service from millions of largely independent Wi-Fi hotspots has proven wrought with difficulties. With new ways of providing security and executing micro-payments, NKN may just be the new approach that projects like that need.

Millions of NKN-powered nodes are probably some years off but let’s not underestimate the possible impact on the telecoms industry if something like this – or a similar initiative – gains a foothold. Disintermediation – or cutting out the middle man in telecoms transactions – may spell doom for some traditional service providers, for example for roaming.

On the other hand, some service providers may want to contribute with part of their network capacity in return for coin or they could even mine coin, Bruce Z. Li says. “Many service providers would benefit from participating. And even if they don’t like the idea, it would be largely impossible for them to block bandwidth sharing except by changing the legal terms of service,” says Bruce Z. Li.