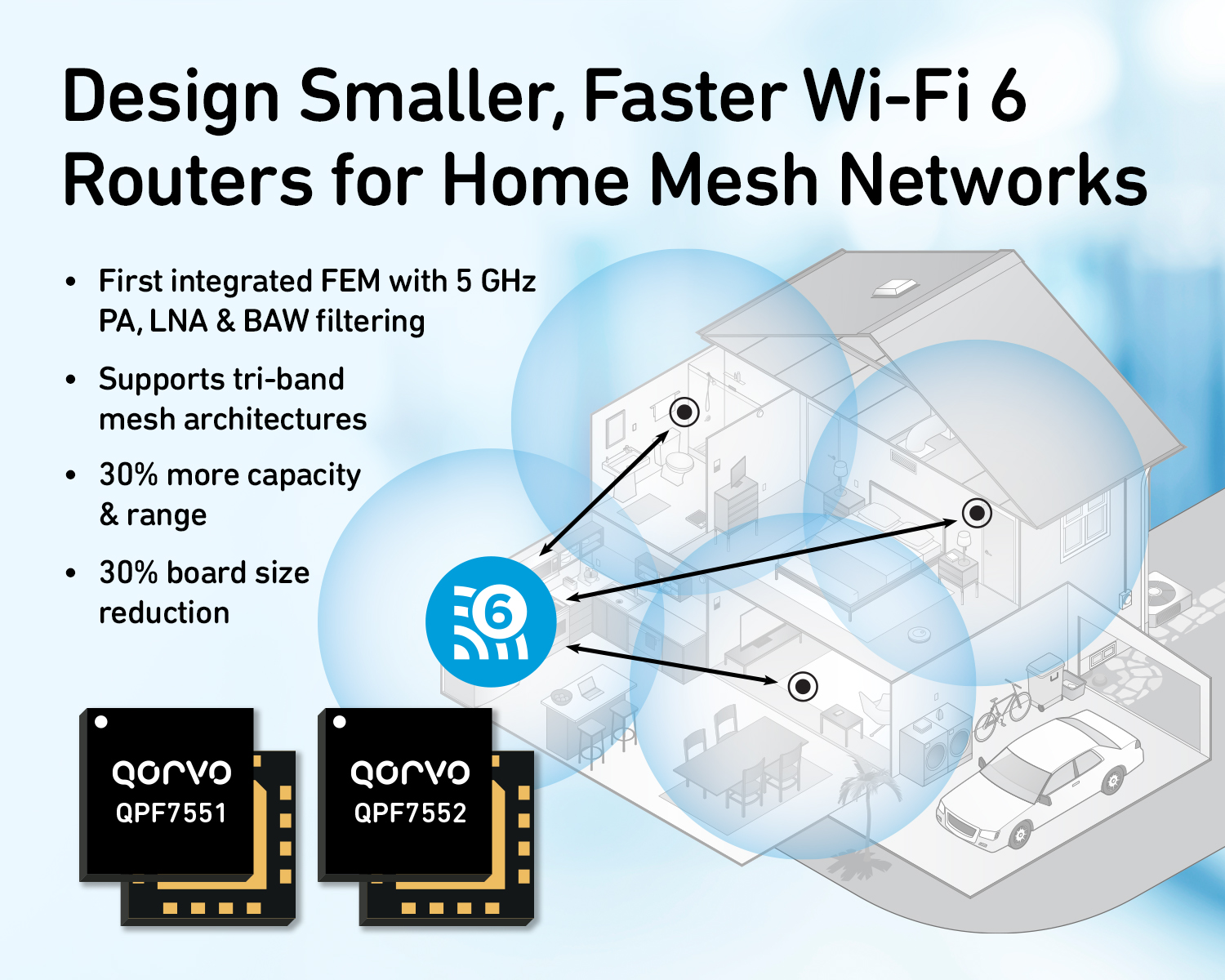 The reduction in size is a result of an industry first: Integrating filtering – Qorvo calls this their bandBoost™ bulk acoustic wave (BAW) filter technology – with the PA (power amplifier) and LNA (low noise amplifier) into a single module. The bandBoost™ filter technology allows users to benefit from Wi-Fi 6 mesh units that “broadcast concurrently on three different channels,” Qorvo says. Better Wi-Fi range and capacity is a consequence of better isolation between individual bands with bandBoost™, the company explains.

Qorvo also says “whole-home Wi-Fi 6 mesh is among the fastest growing segments in the Wi-Fi 6 device landscape,” – and they are right, of course. The new iFEM technology should give Wi-Fi 6 mesh market a significant boost – as soon as the current silicon shortage has been alleviated.

Wi-Fi mesh experts Mercku – a Wi-Fi NOW partner – is teaming up with Wi-Fi sensing pioneers Aerial to include Wi-Fi-based motion sensing functionality into the Mercku home Wi-Fi mesh and services portfolio, Mercku said on May 18 in a press release to be found here. The Aerial sensing solution can now be offered to Mercku’s ISP clients in conjunction with Mercku’s award-winning M6 AX (Wi-Fi 6-capable) mesh system. Aerial – a sensing pioneer – says its ‘foundational patents’ laying the groundwork for sensing hark back to 2010. Montreal-based Aerial is also a long-time partner of another Wi-Fi NOW Partner, namely ON Semiconductor.

Is it time for a broadband – and Wi-Fi – bandwidth upgrade?  Well, if your subscription belongs to the lower end of the scale – meaning for households with up to 49 mbps of peak broadband speed – the prospect of needing a speed upgrade is creeping closer, says Plume IQ, the home broadband intelligence service offered by smart home platform provider Plume.

Plume IQ says around 45% of all households with up to 49 mbps of home Internet speed get close (within 10%) of their maximum allotted speed every month. For the higher speeds, getting within the 10% capacity limit is less frequent, Plume IQ says. To subscribe to monthly Plume IQ market insights sign up here.