Comcast – the largest home Internet service provider in the USA and the world’s second-largest provider of cable TV by revenue – this week launched their first Wi-Fi 6E-capable (6 GHz Wi-Fi) home gateway. The new unit is called the ‘xFi Advanced Gateway’ and includes not only new and much faster Wi-Fi 6E-based connectivity but a range of features and technology updates to support Comcast’s ’10G’ smart home vision.

Awaited with some anticipation US cable giant Comcast this week launched their first Wi-Fi 6E-capable home gateway dubbed the ‘xFi Advanced Gateway’. Comcast says the new device will ‘reduce interference and increase bandwidth in the home by 3X to support the massive influx of connected devices used by consumers today’ (read the full press release here).

Comcast also says the new gateway supports twice as many simultaneous Wi-Fi-connected devices compared to previous gateways and that the unit is prepared to deliver multi-gigabit speeds in both uplink and downlink directions. The unit connects to the Internet with ultra-low ‘lag times’ (latencies). Available at a fraction of the cost, it competes effectively against the Wi-Fi 6E-capable retail devices available today, which can set you back more than US$1,000, Comcast says.

The unit also supports – possibly as one of the first service-provider gateways released to date – the new IoT standard Matter as well as Zigbee. This means that the gateway is able to operate as a central hub and controller for IoT and home automation devices. With support for the new Matter standard it is largely expected that IoT devices from a wide variety of suppliers will become a lot easier to setup and configure for the average non-technical consumer.

More than anything the reason why US home broadband subscribers will likely be attracted to using a service-provider supplied gateway – as opposed to buying their own retail kit – is the long list of sophisticated services that Comcast delivers together with the unit: Detailed Wi-Fi controls via the xFi app, security, coverage extensions with xFi Pods, support for xFinity Flex (Comcast’s 4k TV streaming box and service), and more – including support services.

The new xFi Advanced Gateway is powered by Wi-Fi 6E technology from Broadcom. 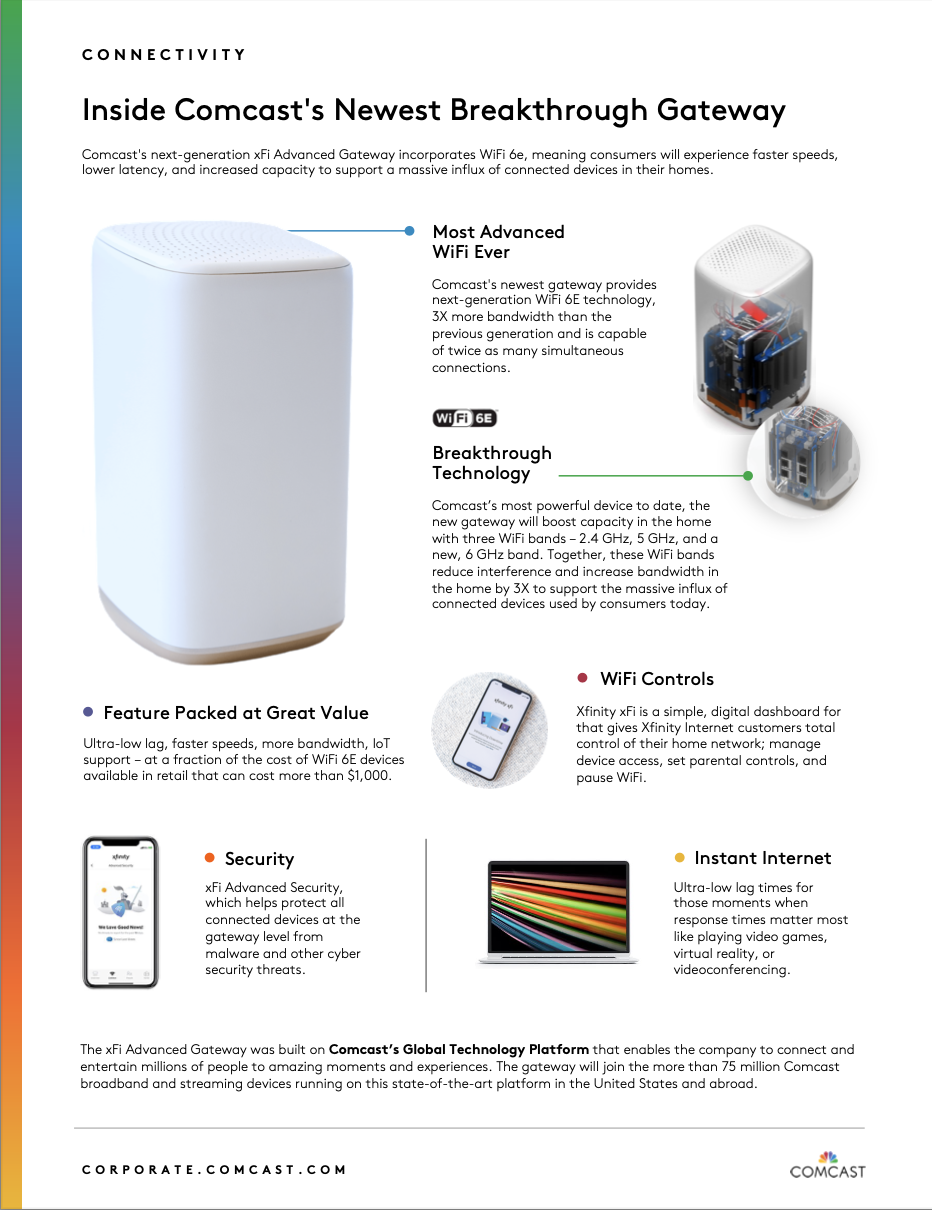