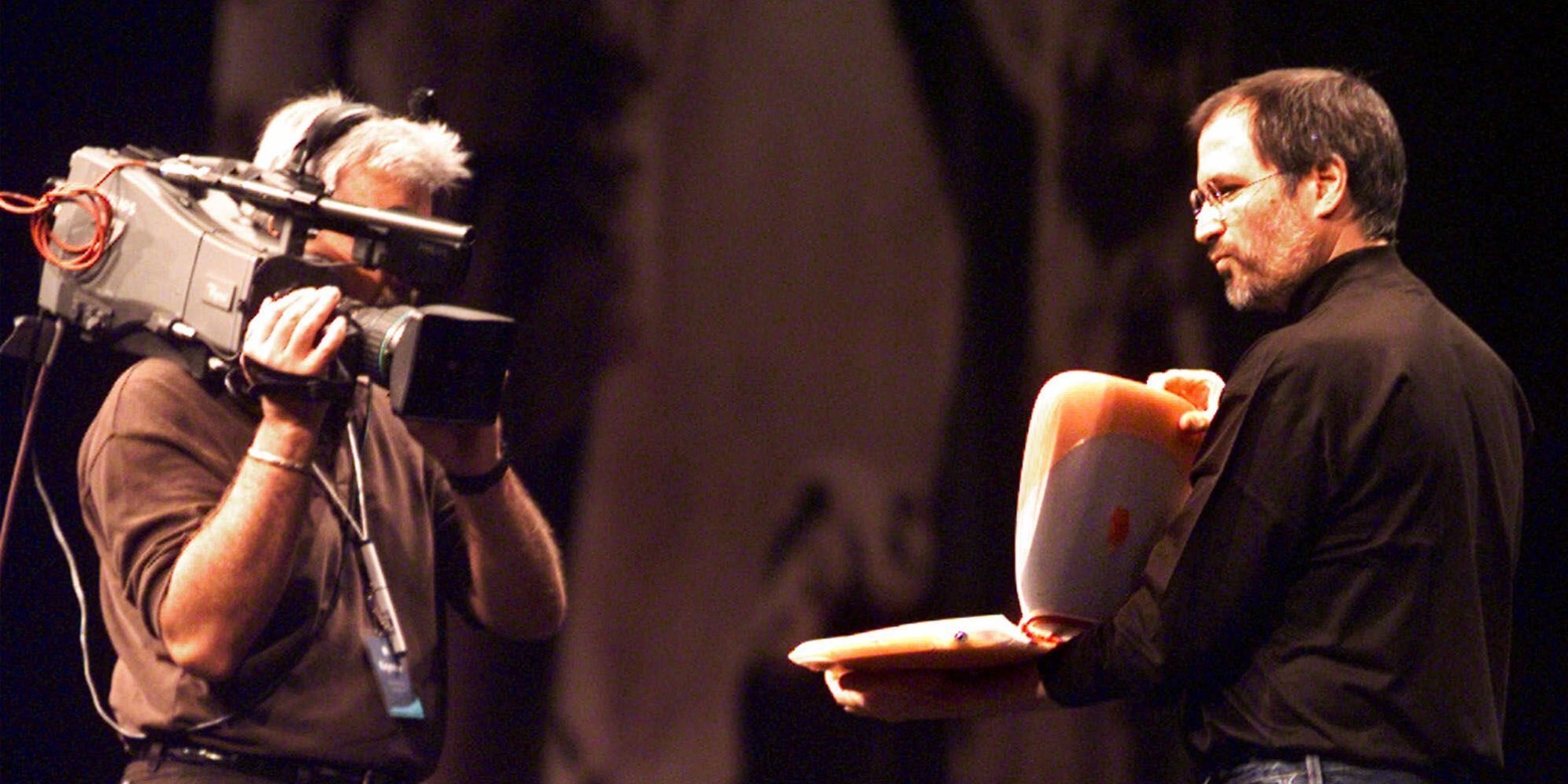 Above: Steve Jobs introducing the Wi-Fi-enabled iBook at MacWorld in New York City in July 1999.

It’s a story for the history books: On April 20, 1998 executives from Apple and Lucent Technologies met in Cupertino to discuss an exotic and revolutionary new technology called Wireless LAN. At the meeting were Steve Jobs, Lucent’s CEO at the time Rich McGinn, Cees Links also of Lucent at the time, and a dozen other execs from both sides. In retrospect that meeting marked the birth of Wi-Fi as we know it today.

So what’s the birthplace of Wi-Fi? To be fair, Wi-Fi has has many ‘founding parents’ – such as Vic Hayes and even Hollywood bombshell Hedy Lamarr. While the technical birthplace of Wi-Fi could reasonably be said to be The Netherlands – where most of the initial work on the 802.11 standards took place with NCR – it would also be fair to say that the commercial birth of Wi-Fi harks back to a meeting at Apple Computer in Cupertino, California, on April 20, 1998.

Cees Links – today general manager at Qorvo – was there. Cees & his team had been working for more than a decade on introducing WLAN technology to the masses, but without luck. After plenty of attempts, Apple finally came to Lucent and said they wanted to meet, giving Cees and team a week to show up in Cupertino. Cees also managed to get his CEO Rich McGinn to the meeting, which wasn’t easy, since Lucent at the time was a $30B company and Apple was about a tenth the size, explains Cees Links.

“Apple was looking for something different and new for their iBook laptop product, and Steve was very enamoured by the idea of wireless connectivity for laptops. Looking back, it seems to me he had probably made up his mind even before the meeting,” says Cees Links.

The meeting started at 2 pm but there was no Steve. He was more than a little late, and the atmosphere grew increasingly awkward, recounts Cees Links. “When he finally walked in, I thought to myself ‘who is this guy’? – because he didn’t introduce himself. And as a European, I’d not been exposed to photos of him and we’re generally not used to corporate folks being presented in the media as celebrities,” says Cees Links.

“Then he talked for about 10 minutes about wireless LAN being the greatest thing on Earth, and he made it clear that Apple wanted it. Presenting for Steve Jobs was actually quite easy. I just put up the slides and he did the talking, and his talk was not necessarily related to the slides at all. In the end he told us he wanted the radio card at a cost of $50 because he wanted to sell it at $99,” says Cees.

In the end a deal was closed with Apple but getting the product to $50 was not easy. “It was a year of agony, because we started at a cost price above what Apple’s retail price was supposed to be. In the end, Apple’s purchasing power and a lot of work on our side did the trick,” says Cees Links.

The world’s first Wi-Fi-enabled laptop was launched by Apple at MacWorld in New York City on July 21, 1999. Jobs demonstrated wireless Internet by walking about on stage with the laptop in his hand and – like a magician – passing the iBook through a hula hoop while the crowd cheered.

And the rest – as they say – is history.

To read Cees Links’ account of the history of Wi-Fi called “The Spirit of Wi-Fi” click here. To meet Cees Links of Qorvo in person, don’t miss Wi-Fi NOW Europe happening in Berlin, Germany on November 6-8. For more information and the complete story on the ‘Innovation Journey of Wi-Fi’ get a copy of Wolter Lemstra’s, Vic Hayes’, and John Groenewegen’s book here.

Above: Bootleg footage of Steve Jobs introducing the world to Wi-Fi at MacWorld in New York City in July, 1999.