If you’ve ever been nervous that cellular 4G (or 5G) stands poised to eradicate Wi-Fi as a technology, a new research report should put any such thoughts to shame: According to researchers at the University of Zagreb, Croatia, Millennials are consuming many multiple times more Wi-Fi data than anything cellular.

The conclusions of the study are clear: “This research addresses the question of user behavioural patterns related to the amounts of mobile to Wi-Fi data traffic offload. It showed that users consumed nearly 7.7-fold more data traffic over Wi-Fi networks than over mobile networks,” says Siniša Husnjak, PhD. Dr Husnjak is one of three researchers at the University of Zagreb’s Faculty of Transport and Traffic Sciences who contributed to the study.

Video offload to Wi-Fi more than 95%

Not only are the results staggering, the Wi-Fi proportion of traffic is also many times higher than reported in other studies, such as in this data compiled by Strategy Analytics for the US mobile market. In the Croatian case the results are based on questionnaires and data collection from 258 smartphone users living in Croatia, all between 18-24 years of age. That may sound like a restricted data set but on the other hand the analysis has been conducted in rigorous scientific detail. See the entire study here.

The study also looked at Wi-Fi offload in specific app segments, such as video players, social media, communications, etc. As an example, the Croatian Millennials offloaded more than 95% of their Youtube traffic to Wi-Fi. In other segments, the offload percentages were even higher, the study shows (see table below).

Cost of mobile data in Croatia?

The question is whether an extreme data set like this can be linked to prevailing market conditions in Croatia. But according to Sinisa Husnjak, mobile broadband prices in Croatia are reasonable. Croatia’s GDP per capita is about one third lower than the EU average, so income available for Millennials to buy mobile broadband data likely has some effect.

Below: Diagrams on Wi-Fi offload data from the Zagreb University study. Originals can be found here. 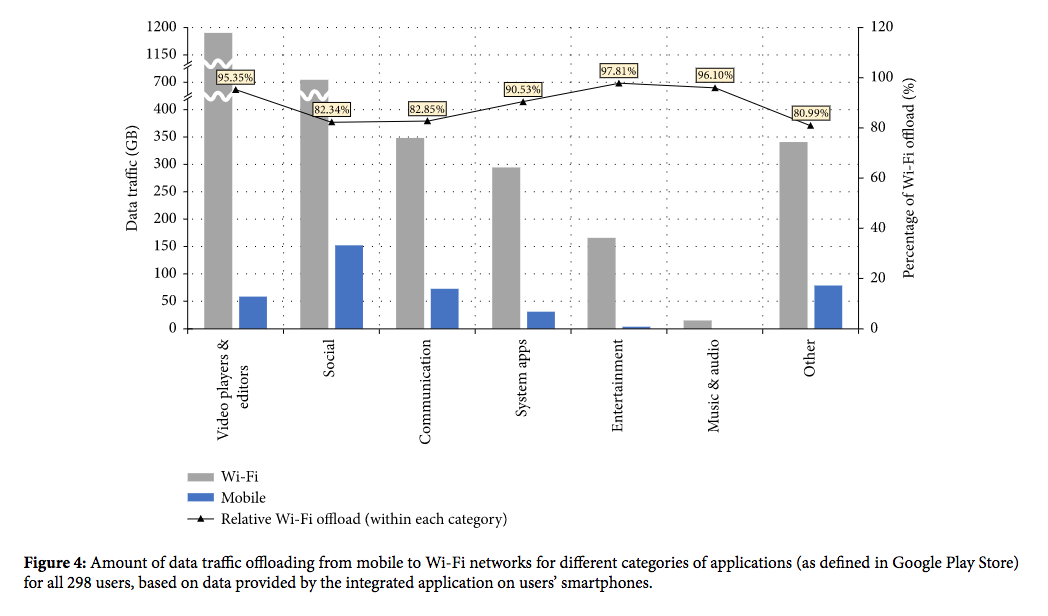 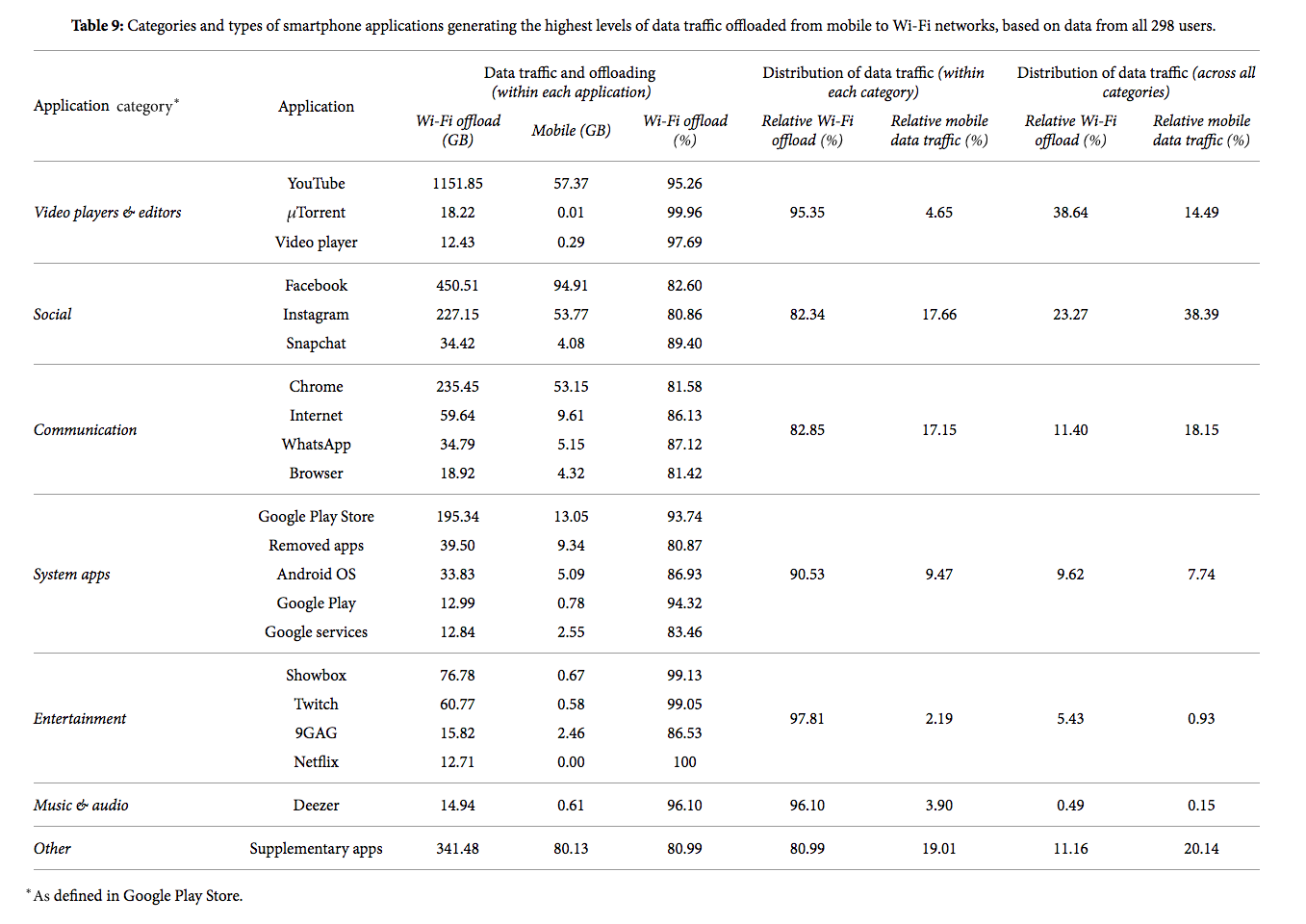