The unit will deliver an aggregated data rate of up to 3.9 Gbps using one 2 x 2 radio for each of the 2.4 GHz, 5 GHz, and 6 GHz bands, respectively. The radios operate concurrently, Extreme Networks says. Pricing starts at US$999 in the US and is slightly higher in the EU and Asia, Extreme Networks says. The AP4000 runs on the ExtremeCloud™ IQ management platform and supports Extreme’s use of advanced ML/AL in providing security and services.

Norway and Iceland this week became Europe’s number two and three Wi-Fi 6E (6 GHz) countries following Germany opening up the 6 GHz band for Wi-Fi a couple of weeks ago. All European Union member states are required to update country regulation to reflect that lower 6 GHz Wi-Fi operation is now permitted by early December this year. 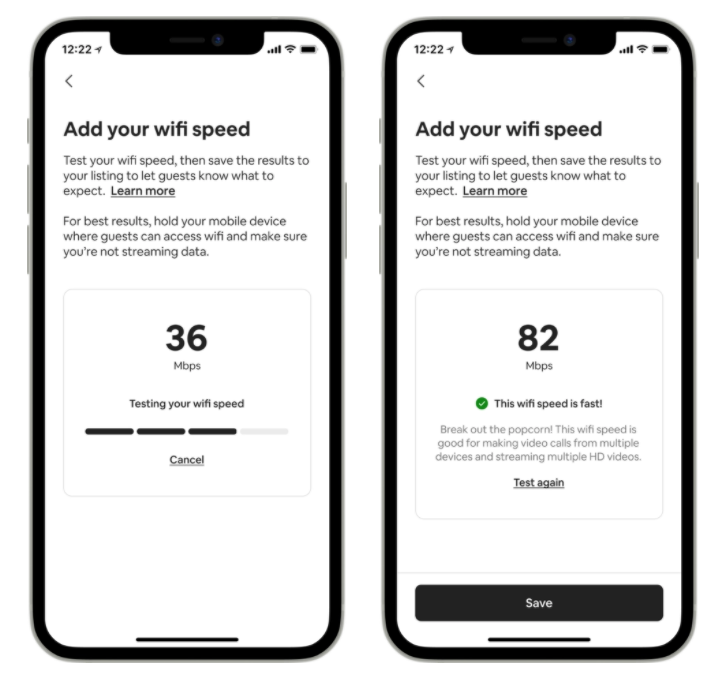 How good is the Wi-Fi at a particular Airbnb location? Now there’s a real chance that you can get a qualified answer to that important question before booking your next Airbnb stay. Airbnb has released an updated version of their app which now allows hosts to test and post the actual Wi-Fi speed at their premises. To make Wi-Fi measurements available to hosts, Airbnb has incorporated open-source software from M-Lab into their app. The only catch – of course – is that you will now have to rely on the honesty of the host in producing a test result that is at least reasonably representative of the actual Wi-Fi speed at the location. Standing right next to the router doesn’t count!

UK service provider TalkTalk revealed last week that the company is now including eero Wi-Fi mesh systems to customers on its ‘Future Fibre 150’ and ‘Future Fibre 500’ home broadband subscription plans – the number designating the Mbps speeds of the service. Depending on plan, the units provided will be either the eero 6 or the eero Pro 6 mesh systems, TalkTalk says in their press release here. The eero Pro 6 system will support Wi-Fi speeds of up to 1 Gbps – which will come into use when TalkTalk rolls out their gigabit service later this year, TalkTalk says.

The eero offering will include an app for set-up and management, a security service, and a Zigbee smart hub for smart home devices (which will need to be linked to an Amazon account). Subscribers can also purchase additional eero mesh units to extend home coverage. Eero – today owned by Amazon – released what we believe was the world’s first home Wi-Fi mesh system for consumers in 2016 and has since expanded their business to include mesh systems, software, and management platforms designed specifically to serve consumers via ISPs partners.

If you’re interested in 60 GHz unlicensed radio technology – formerly called WiGig – you will be happy to know that the IEEE 802.11ay-2021 standard has now officially been published by the IEEE. The standard – which includes channel bonding – is the foundation for a lot of the excellent 60 GHz networking technology already in existence today including that of Cambium Networks, a Wi-Fi NOW Partner.