Earlier this week we reported that the FCC’s final ruling on 6 GHz Wi-Fi could come as early as April 23 – which is only about 6 weeks away. So what can we expect to happen after that? The short answer is a lot – and hold on tight, because this could turn out to be one of the fastest product cycles in wireless tech history. And the performance boost from 6 GHz Wi-Fi will be – frankly – enormous.

Wi-Fi 6E – meaning Wi-Fi 6 in the 6 GHz band – could very soon be upon us, perhaps even as early as next month. In total the new 6 GHz band will allow unlicensed operation in all of 1.2 GHz of spectrum, which means current Wi-Fi operating bands would be tripled.

Of course we still don’t know exactly what the final rules will look like but with a little luck – and some strong leadership from the FCC – the new band could add as much as seven new 160 MHz-wide Wi-Fi channels for indoor operation (low power indoor). So while we’re still catching our breath from the pretty quick rollout of Wi-Fi 6, Wi-Fi 6E is not lagging all that far behind.

Wi-Fi 6E chips are here today – for devices and networks

What we know is that Broadcom and Celeno announced chips at CES – while Intel is likely not far behind, although no official announcement has been made. A week ago Qualcomm announced that they’ve been testing Wi-Fi 6E but gave no time for the official launch of 6E products. Right now Wi-Fi 6E leadership appears to be firmly in the hands of Broadcom perhaps with Intel in second place.

Regardless of who’s winning the race: Chipsets are available now – and with Broadcom arguably in the lead, we can speculate that Samsung and Apple (long-time Broadcom clients) will be among the first to incorporate Wi-Fi 6E technology into smartphones. The truth is that new Wi-Fi 6E products could hit the markets in record time perhaps even in some cases superseding the introduction of Wi-Fi 6 and going directly to Wi-Fi 6+6E multi-standard products.

This means that we could see Wi-Fi 6E phones – and perhaps even tablets and PCs – already this year, which would be perhaps the fastest product cycle in Wi-Fi history.

And here’s the big deal lest we forget: The 6 GHz band will only – at least from an IEEE and presumably also Wi-Fi Alliance point of view – allow operation of Wi-Fi 6 devices, meaning it will be legacy-free. The combination of a pristine band with no legacy devices sets up a scenario not seen in Wi-Fi for 20 years – and our view is that this will be nothing short of a paradigm shift.

As a result the latency of Wi-Fi 6E services could be consistently as low as 2 milliseconds, which is a huge improvement over operations in the 5 GHz band, where latency typically vacillates between a few up t0 100 milliseconds. The key point here is that the latency will be predictably low (also see Broadcom’s short video demo on Wi-Fi 6E latency below). The performance on a single connect – meaning to for example a smartphone – is expected to exceed 2 Gbps.

With multi-gigabit indoor wireless with Wi-Fi 6E you will not run out of capacity for years pretty much no matter what you hook up to this network and even with hundreds of data hungry devices per AP. Enterprises can take to cellular-style network planning with reuse patterns for seven clean 160 MHz channels. Now imagine what you can do with with multi-gigabit Wi-Fi 6E meshed backbones. And that’s just the beginning.

Wi-Fi 6E will solidify and consolidate the Wi-Fi industry’s deserved dominance of the indoor wireless space for years to come – perhaps for another 15 years or more. Success breeds success – and we believe Wi-Fi 6E will have a snowballing effect, boosting the Wi-Fi industry into a new growth trajectory with the production of probably billions more devices, this in turn driving down the costs, driving ubiquity and performance up, with new uses abound.

Welcome to the Wi-Fi industry reborn. 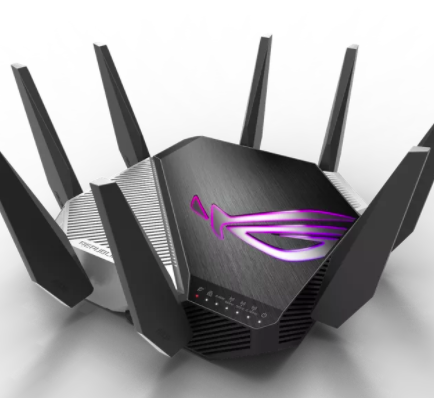