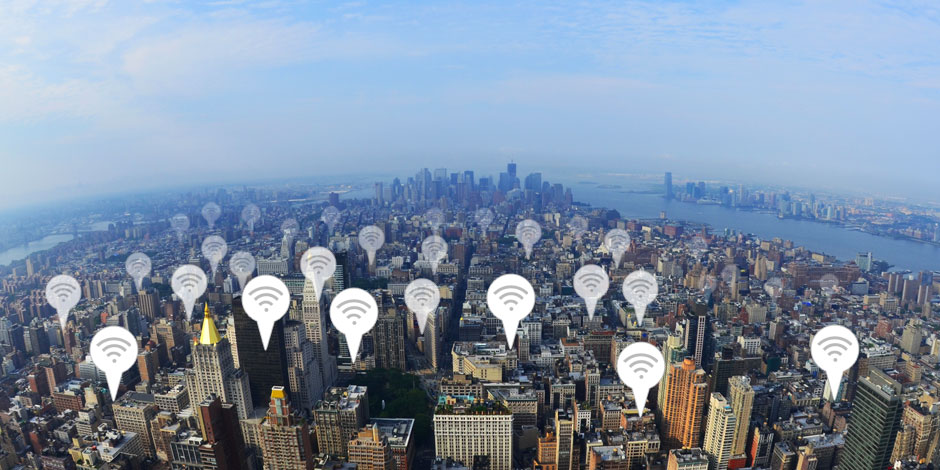 Wi-Fi usage continues to surge. That’s why consumers and businesses will soon need more unlicensed spectrum to work with. Last week US regulator FCC took the first steps towards possibly making hundreds of MHz of additional spectrum available for Wi-Fi.

The first step in allocating more spectrum for Wi-Fi is a so called ‘Notice of Inquiry’, which is regulatory speak for asking the industry to comment on new spectrum ideas. The FCC’s NOI can be read here. For Wi-Fi the most interesting bands discussed in the FCC’s new NOI are 5.925-6.425 GHz (close to the existing 5 GHz Wi-Fi bands) and 6.425-7.125 GHz.

How the proposed bands are being used today

The complication is that both of the possible new Wi-Fi bands are being used by so-called ‘FSS’ (Fixed Satellite Services) and ‘FS’ (Fixed Services) already. There are more than 1,500 Earth stations and some 27,000 point-to-point radio licenses (FS) using the 5.925-6.425 GHz band today, says the FCC.

In the case of either band, the FCC is asking the industry for ideas as to how these bands may be shared for unlicensed use. Perhaps a method similar to how DFS-bands for Wi-Fi work today could be employed. “If the Commission allowed unlicensed use in the 5.925-6.425 GHz band, would it be feasible for the Commission to adopt techniques to mitigate the risk of interference from unlicensed devices to licensed services?,” the FCC is asking.

The FCC is also concerned about whether or not the current DFS rules have been useful. “While we are not currently contemplating changes to the DFS rules, we seek to better understand whether DFS is providing meaningful access to spectrum,” the FCC says.

We need more Wi-Fi spectrum – and a lot of it

The need for more Wi-Fi spectrum is becoming an issue of some urgency. A recent study of the need for additional Wi-Fi spectrum concluded that at least another 500 MHz of Wi-Fi band will be needed by 2025. The study – commissioned by the Wi-Fi Alliance – is available here and we’ve written about it here.

If the industry and the FCC can work out what techniques would be effective for mitigating interference with incumbent users, even just a part of the two new proposed bands would go a long way towards satisfying tens of millions data-hungry Wi-Fi consumers in the US.

For more than a year the FCC has already studying to what extent the 5.85-5.925 GHz bands could be used for Wi-Fi. One of the big benefits of using bands adjacent to existing 5 GHz Wi-Fi is that they would extend the use of so-called ‘channel bonding’ of up to 80 or 160 MHz per Wi-Fi channel, which is an enormous boost to Wi-Fi speeds. The 5.85-5.925 GHz bands are today allocated to DSRC (Dedicated Short Range Communications) for road vehicle communications.

So let’s get to work!

So the Wi-Fi industry – including Internet giants such as Microsoft, Google, and Facebook plus likely the national cable industry in the US – have their work cut out for them so as to prove the viability of new bands for Wi-Fi and other unlicensed uses. Mitigating interference with incumbents in all of these bands is definitely technically feasible if interested parties can agree on the right approach.

And for the record: Wi-Fi NOW is here to support any initiatives with the aim of securing more spectrum for Wi-Fi use.