Above: OFDMA illustration from Aruba Networks’ Wi-Fi 6 white paper which can be found here.

Last week Aruba (HPE) launched their first Wi-Fi 6 product becoming – as far as we know – the fifth enterprise Wi-Fi access point vendor with a Wi-Fi 6 product, the others being (in order of launch announcements): Huawei, Aerohive, Ruckus Networks, and EnGenius.

Aruba claims a couple of firsts with the new 510-series AP family: Integrated Zigbee and Bluetooth 5 for ‘IoT readiness’. The company has also taken the Wi-Fi 6 launch opportunity to reposition their NetInsight AI-based analytics package for ‘automation and service assurance’ – a product we believe began with the acquisition of South Africa-based startup and Wi-Fi NOW Award winner Cape Networks last year.

Aruba also says that the 510 AP is the first to be Wi-Fi Alliance certified for WPA3 and Enhanced Open™ security. The 510 Aruba AP is available now at a list price of $1095 USD, the company says.

Starry has been making waves in the US since 2016 as a potentially disruptive new FWA-style ISP. The company has been using its own clocked-up version of 802.11ac Wi-Fi to deliver fixed wireless broadband on the 37 GHz mmWave band, and at some point Starry will likely be competing head-to-head with large US telcos that use standardised (3GPP-based) 5G FWA technology. 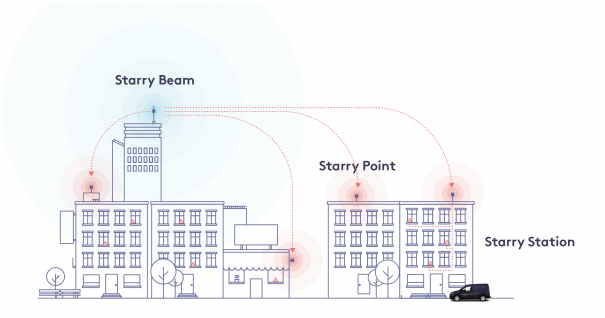